Imagine the myriad of reactions recently when the Montana Professional Teaching

Foundation, aka MEA-MFT, named Melissa Romano the 2018 Teacher of the Year.  Say what?!?!  Melissa came closer than any other 2016 “tier b” Democratic candidate of winning her statewide race against now superintendent of public instruction Else Arntzen.  Admittedly with more than a fair amount of financial support from the National Education Association and American Federation of Teachers and why not since she was the MEA-MFT heir apparent to the legacy of Nancy Keenan, Linda McCulloch, and Denise Juneau.

She is the  2012 recipient of the Presidential Award for Excellence in Mathematics and Science Teaching, a contributor to Better Lesson where her math lessons are shared on a national platform, as well as running to represent the residents of Montana’s Senate District 41 in 2018.  Considering her teaching vitae it isn’t a stretch to see why she was named Teacher of the Year by the MPTF.  But dadgumit, there’s that little political tickler out there – Eric Feaver, president of MEA-MFT (aka “the teachers union”) as well as head of the Montana Professional Teaching Foundation.  Uh oh!  Hey Eric…you got some explaining to do!

In the right circles Eric Feaver, we’ll call him “the tickler”, is responsible for everything from the death of Christ to global warming.  Not bad for a transplanted Okie who coincidently didn’t burn his draft card down at the courthouse ala Merle Haggard.  Anyone who sees machinations from “the tickler” behind Melissa’s award needs to stay away from the railroad tracks because “stupid is as stupid does.”  No one with any political savvy will claim this helps Melissa in her 2018 bid for the state senate or for a potential 2020 re-match with Elsie.

Yeah, there’s bad blood between Feaver (Elsie’s deplorable voting record) and Arntzen – “I’m taking back the TOY and making it great again‘ – but “the tickler” ain’t stupid.  However, given the current political climate in Montana and pending Trump Armageddon, it shall be shouted from the mountains to the prairie that “the tickler” is trying to “gild his lily” in the hopes of burnishing her reputation for future political office.  Is that a double entendre?  Sorry Melissa!

The interesting story will be listening to the “right” Republicans hammer on Feaver, Romano, Bullock, and MEA-MFT that this is proof positive of nepotism, cronyism, and cubism within the ranks of the Democratic Party.  So let’s not forget that Greg Gianforte kicked off his gubernatorial campaign by giving $8 million to Montana State University for the Gianforte School of Computing and wrapped it up with the body slam of a left leaning reporter. Now he’s Montana’s man in the House of Representatives poised with pick, shovel, and sump pump to drain the swamp.  Makes Melissa’s TOY award seem rather tame.  Maybe she can find a right leaning reporter to rough up…who knows “Governor” Romano?!?

What I hope doesn’t get lost in all the political scuffling is the fact that Melissa Romano is an excellent teacher and deserving of this award regardless if she has political aspirations or not.  After all this is ‘Merica and it’s your right to stand or take a knee.

T-Bone Slim – “Whenever you find injustice, the proper form of politeness is attack.”

Twenty five years ago I took an oath to defend the Constitution and the President from both foreign and domestic enemies. I raised my right hand and fumbled through the words

with a platoon of 40 other freshly shaved heads. I understood the Constitution and I understood the First Amendment. My middle class high school had taught me well and I’d recited the pledge of allegiance to the wall more times than I’d been laid before heading off to boot camp.  I didn’t sign up for the love of country or the flag.  I signed up because there were no jobs, the factories were all gone.  College was too expensive, I wanted out of middle America for a while and I wanted adventure.  It was my escape.  I got out.  And I got far more than I ever imagined in the way of adventure, so much so I’d like to give a lot of it back for a decent night’s sleep.

So about that oath.  I took my oath and that oath says: ‘…that I will support and defend the Constitution of the United States against all enemies, foreign and domestic; that I will bear true faith and allegiance to the same;…’ Then the rest prattles on about the President

and officers, both of which most enlisted troops either despise or mock at every opportunity.  Regardless, that oath is sworn to the Constitution first.  Faith and allegiance are given before life and limb to the President or some butter bars, boot Lt. I learned quickly that by enlisting I had given up my right to freedom of expression for the next decade, but that I’d maintained my right to bear arms, day in and day out.  After 12 years I turned in my arms and picked up my freedom of speech again.  For my purposes here, my freedom of expression.

Back to football.  I’m insulted that my service and the life and death of many like me has become a shield of the phony patriots who either never took the oath or have forgotten it’s core purpose- the Constitution.  Not one of my brothers or sisters in arms died for a flag or a poorly written and hard to sing patriotic song.   My brothers and I didn’t stay on the line to fight for a flag. We stayed on the line for each other;  the guy on the right and the guy on the left. We would have stayed on the line for the woman on either side as well.   And get ready for this, we stayed on the line for that guy no one was really sure about but was a hell of soldier, even though he was transgender.  We didn’t and don’t care.  We lived and died for each other and that’s all we care about to this day.

So to say that putting your hand over your heart and singing along while you hope your beer doesn’t get spilled before the song is over is a sign of respect to me is bullshit.  If you want to respect me, if you want to respect us then take a knee in our honor and have faith in the Constitution and ‘freedom of speech’ that we defended.  Well, we weren’t really defending the Constitution.  Lately, I’m more convinced we were defending some corporation’s right to make a lot of money because war is profitable and when the trumpets sound, the poor boys must dance.  Sorry, sidetracked.  I don’t care if some overpaid brutes take a knee.  It’s their right and I do care about that.

They’re standing up, well in this case taking a knee, for what they believe in and that’s   pretty damned American to me.  And just as they have the right to express themselves, so

do you.  All I ask is that you don’t use me as your patriotic shield and rubber battle sword.  One of the many things I’ve learned over the years and from my time in the service is that those who yell the loudest about the flag are the last to the line and the first to piss themselves when the shit comes in.

If you want to be offended by something in my honor, be offended at an underfunded, poorly administered, and poorly staffed VA health care system.  Be offended by the fact that there is such a thing as a ‘homeless veteran’.  Channel that anger to stop 22 veterans from committing suicide each day.  Find a cause to show a vet you actually give a shit about us instead of showing us your warrior skills on Facebook.  Otherwise, and I mean this with all due respect for your rights, shut the fuck up.

Finally, when you’re claiming you’re honoring the troops who have both served and died by standing for the national anthem, take a trip to any military base and watch what happens during morning and evening colors.  You’ve never seen soldiers move so quickly as they do when they are trying to find cover during colors to avoid having to stand at attention for two minutes.

We’ve all had the good fortune of reading Senator Llew Jones’s editorial as it’s traveled across Montana in the company rags.  Llew is all set to ‘tighten the government’s purse strings’ in the fashion he already started with his now executed SB 261.  And to read his words as he wrote them you would think this all just came to be in the last few months.  Jones seems to have a short view of history, not even back to 2005 when he first plopped down into a creaky wooden chair in the House chambers for the first time.  But it’s not uncommon for legislators to shrug off sessions they weren’t a part of when it suits their needs.  In this case, it was just one session before in 2003 that Jones should be taking into consideration.

If you were to believe his view of Montana you’d believe that most Montanan’s are out wrangling cattle, raising crops or pulling up the shades on the general store on Main Street.  Certainly, the commodities have suffered and there is no doubt the stability of those markets does have an impact on Montana’s economy.  It’s also important to remember that Montana has a diverse economy that is doing better than Jones would have you believe.  The majority of Montanan’s live in far more urban areas of the state than Conrad.  In fact, it’s safe to say that most Montanan’s primary contact with wheat and beef is when they take a bite out of a cheeseburger.

Those forms of revenue that Jones laid out do indeed matter.  However, there is another and more long term story playing out that Jones and his gang are casually ignoring.  A guest post in Montana Cowgirl spells out the history of what Jones neglects to mention or even acknowledge.  Reductions in business taxes and personal income taxes of the highest earners has finally come home to roost.  Back then in 2003 even former budget director and long time legislator Dave Lewis called it a ‘black hole’ and coming from a guy like Lewis, that’s saying something.

So back to Big Llew.  His last few sessions have been a good run for him with plenty of thick steaks and whiskey.  He’s built himself a fine perch in the political arena of

Montana.  For the moderates, he’s in the lead and kept close by the far right.  For the not so far left he’s obviously gained their trust and confidence.  If you don’t believe that only have a look at the final House vote of his now famed and session ending SB 261.  But don’t be too harsh on the D’s, it was their way home.  And then there’s organized labor who see him as their ‘go to guy’ to help move legislation and carry a little water.  In some circles he’s even been called a ‘colossus’. The same colossus who now encourages the Governor to have union members pack up their desks and ultimately stop paying dues. 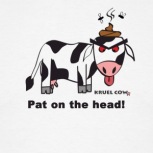 campus, county and city workers as well.  When Jones talks about  a ‘…main street businessman who’s customers will have little money to spend…’ he is also referring to the spending power of those now out of work government folks.  But take heart you government workers, Jones and his ilk know you are ‘good people hired to do a job’.  Feel better?

If you’ve spent even a small amount of time around Big Llew during his now 12 years in the Legislature then you’ve heard him talk about ‘tightening our belts’ more than once.  Perhaps this helps redefine irony yet again: A 350 pound middle aged white man in suspenders lecturing about belt tightening.  Go figure. 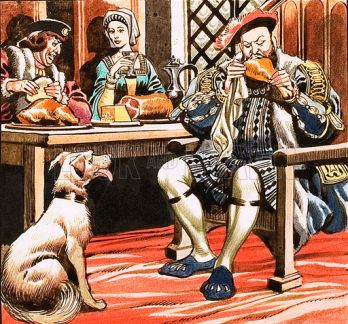