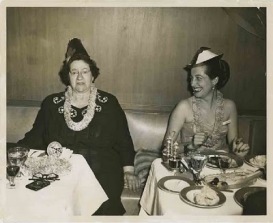 darkness of Rosendale, Stapleton, Arntzen and Trump.  New Year’s Eve, as though the message would create a flurry of resolutions to be a better democrat in 2019.  Certainly this wasn’t actually news since there really aren’t any secrets in Helena and the story had already circled its way back to Miller’s Crossing where it likely first slipped out.  Fast forward three dull weeks of the new year and you have arrived at the same Democratic Party you were at a year ago.

herself for a few years, that is when she was in state.  The squirrels outside took no notice.  The two have almost identical resumes.  Long time legislators, back to back terms in tier B offices, each did a stint heading up women’s advocacy groups and both were trounced by Denny Rehberg.  Of course Monica can add her loss to Cory Stapleton for an office she could barely explain,  with Keenan’s help of course.  So what?  It’s comfortable.  It’s what we all know.  Why change?

An opportunity has been lost in this non-transition.  Progressives in Montana and traditional democrats really only share the word ‘democrat’ and then the two part.  Progressives can rally a crowd in less than twenty four hours.  As for those old school democrats, well, in Keenan’s words ‘I can’t get them to get up out of their God damn rockers for anything!’  Lindeen won’t be lighting the fire of inspiration under them either.  And she certainly doesn’t carry the credibility to bring the two together under one roof to move what’s left of the party forward.  Need proof?  Drive by 303 Ewing to see staffers packing cars and heading for better opportunities rather than watch one more loop of Groundhog’s Day.

The old Dems have just sent Lindeen down a ladder and tossed in a few new shovels.  When you’re in a hole, why stop digging?